Today my post is an entry in the CAS-ual Friday Red Carpet challenge which is: CFC38: Clean And Simple Movie Inspiration! From old classics to currently nominated, any genre (but let's keep our projects PG! *giggle*) Make sure to tell us which movie inspired your CAS creation.

I have to say I feel like The Grinch of Valentine's Day in deciding on my design for this card, but the first movie that came to mind was Kramer v. Kramer (1979).  This movie was very powerful in it's day.  Luckily, I've not had to deal with anything like this, but I think we all have friends who have.  My card is kind of a downer, and not normally my style, but I went were my muse lead me.  For those of you who've never heard of the movie, here's info from Wikipedia:

Kramer vs. Kramer is a 1979 American drama film adapted by Robert Benton from the novel by Avery Corman. The film tells the story of a married couple's divorce and its impact on everyone involved, including the couple's young son.  It received five Academy Awards in 1979 in the categories of Best Actor, Best Picture, Best Adapted Screenplay, Best Supporting Actress, and Best Director.  It starred Dustin Hoffman and Merle Streep.  Kramer vs. Kramer reflected a cultural shift which occurred during the 1970s, when ideas about motherhood and fatherhood were changing. The film was widely praised for the way in which it gave equal weight and importance to the points of view of both parents. 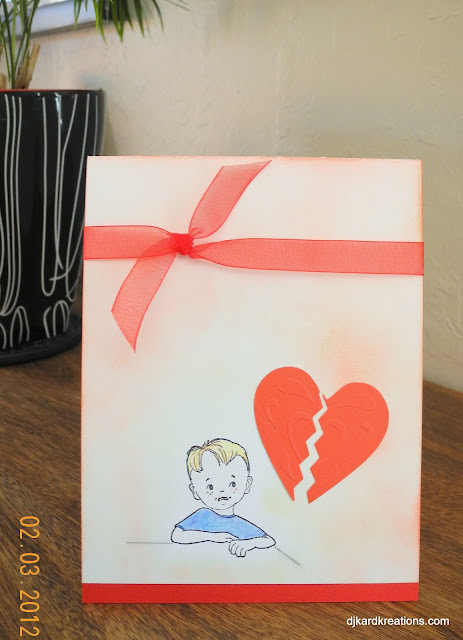 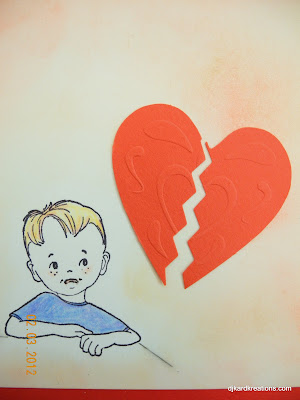 This card is not my best work; I'm still a bit wobbly and in a rush today.  For the little boy, I masked his mouth on the stamp before stamping and then drew on the trembling frown.  This is the actual stamp image: 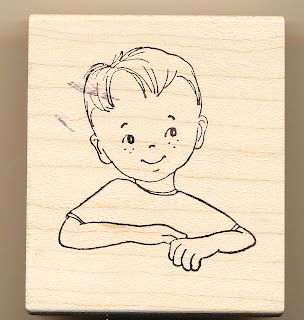 It's really amazing how differently his face looks between the frown and the smile!

Awww, his little face looks so sad :( Nice job with your movie interpretation. Thanks for playing with us at CAS-ual Fridays!

Super cute!
Thanks for playing at CAS-ual Fridays!
Laura